“Despite its ancient roots, our craft has an incredible modernity.” 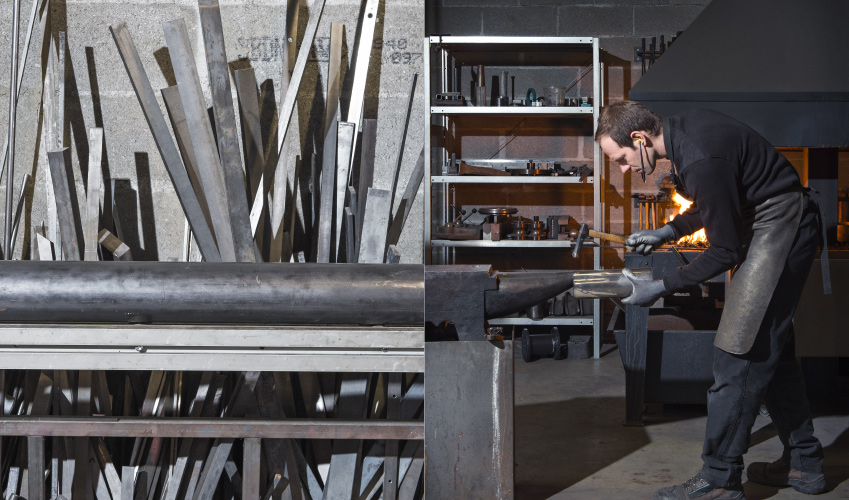 “By combining ancestral techniques with new digital technologies, the fundamental elements of iron, brass and copper can be endlessly reworked. The talent and imagination of the creators we work with drive us to be ever-more audacious and more demanding in the practice of our craft.

We have to rise to new technical challenges to produce such pieces, which allows us to acquire fresh knowledge and skills. Metalworking is a craft involving the hands, but also requiring reflection, which means one is always learning and one can always progress.”

“I get a real buzz out of the partnership that can be established with these creators. It’s a truly collective adventure, an exchange, a quest for synergy which is often fascinating. Working with these professionals also allows us to go outside our comfort zone.” 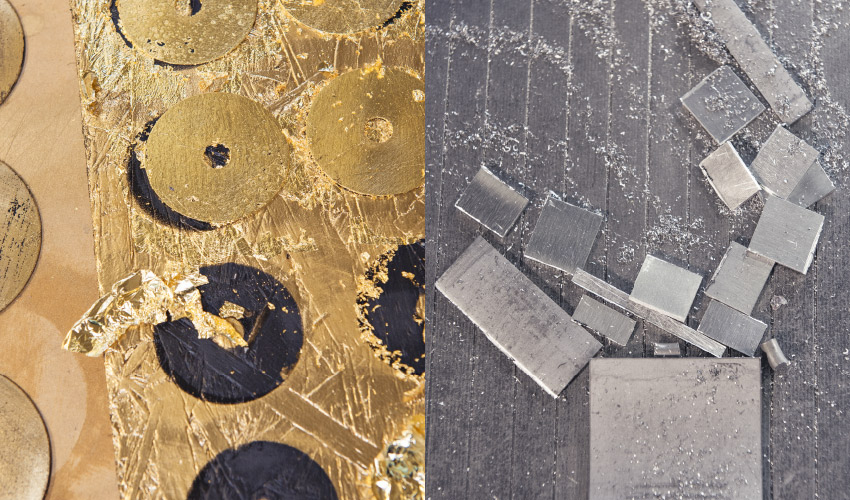 “Contact with the metal is a source of satisfaction in our working day. We work with iron, aluminum, and brass, offering simple, natural finishes, which runs against the grain of current trends which tend towards effects using a range of varnishes, paints, or chemical products. With these sophisticated finishes, the objects risk having a limited lifespan. I think we have to come back to something more natural, and to keep in mind that it is not surface effects, but the design of the object itself which must remain the heart of any piece, and which, in the end, will define its quality.”

François Pouenat is the fifth generation in a family of metalworkers who have practiced the craft for more than 130 years.

After three years of training at the School of the Compagnons du Devoir and the traditional Tour de France apprenticeship, he joined the family firm and worked alongside his father, Henri Pouenat, who himself trained at the École Nationale Supérieure des Arts Décoratifs under Gilbert Poillerat. Henri soon began working for the great interior décor companies like Mercier and Jansen, and collaborated with Ramsay and Thibier for many years.

Having inherited his father’s designs and archives, François Pouenat is perpetuating this legacy of expertise in decorative arts and contemporary creativity.

In 2019, he presented Série 1, a suite of pieces curated by POOL, the design studio which has worked with him on artistic direction for several years. The idea was to spotlight his workshop’s savoir-faire in working closely with creators. 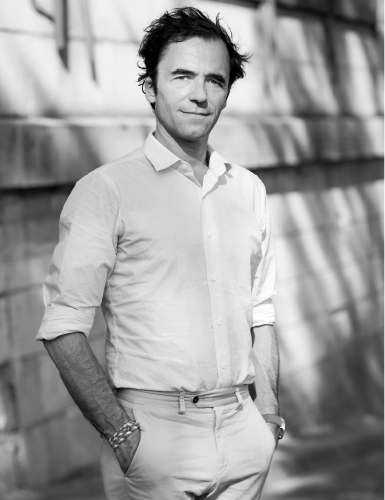 “Metalwork is first and foremost a family affair. I am the fifth generation to practice this craft, each having their own approach according to the different circumstances of the age. My father took a different approach to the trade. He studied at the Ecole Nationale Supérieure des Arts Décoratifs, which allowed him to work with some of the great interior décor houses.

I followed in the family footsteps, joining the Compagnons du Devoir apprenticeship program where I acquired technical knowledge. After several years as an associate in the family firm, I founded my own workshop in Nevers in 2007. Today, we make almost exclusively tailor-made pieces.”